Forerunner tech and The Flood
This topic has been deleted. Only users with topic management privileges can see it. 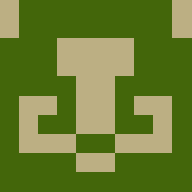 First of I would like to say how both groovy and gnarly this mod is, superb voice acting, game play and art all come together to create a fun experience. But there are times when it become a little frustrating. One of these times was the flood. Now I like the flood in its current state as a concept. It hold very true to the lore, a single spore shows up captures the system and moves on to the next. However it can also be a little frustrating. It may be better to make the individual flood spores that are sent out to infect ships and stations weaker and much easier to kill. To balance this out the flood would have flood specific capital ships. These could be "dreadnought" forms that share a similar art style to the already added infection forms or the flood could use powerful forerunner ships.