Cooldown for MAC round
This topic has been deleted. Only users with topic management privileges can see it.

For example the coldown of the gauss cannon of the Kol Battleship.
Sorry but i am not an expert

Another idea is put the MAC as a ability, and use when the player consider necessary

How about 90 seconds for frigates and destroyers, 60 for cruisers and carriers and for the punic and artemis 45-30 seconds?
I repeat that i am not an expert in gameplay, probably this can make the UNSC to powerfull in defensive battles

MACs already have a cooldown - there's generally a 60 second wait between volleys, depending on the ship. You'll notice this in large engagements, as there's waves of MAC rounds fired every so often opening up a new attack of Alpha Damage, which is what the UNSC is balanced around.

If we moved the MAC to an ability slot we would have a lot of issues, as we have done so in the past internally, some time ago, and there was a lot of problems with the way the ability fired off; not to mention we lose a potential unique ability in the process, for a lot of ships that could be cooler with something else as an ability.

Yeah, i understand but its posible to put a warning when the Mac its charged, in low scale battles can be useful

It wouldn't really be worth it, because as I said, when the MAC is put onto a ability there's a lot of issues with the way the ability fires, and it's not really worth it. Plus, lower skilled players would have issues micromanaging fleets of hundreds of ships, manually dictating which ships should be firing, when the system in place is less micro, and more meta style fighting. 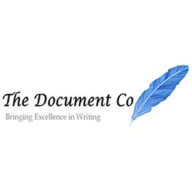