Covenant Formations
This topic has been deleted. Only users with topic management privileges can see it.

One thing I loved about Ground Command is how it started to flesh out the Covenant as an army. They weren't some hoard that just swarmed over anything & everything. Even a dogmatic religious army would have some regimentation, especially an Interstellar one. All information collected from Halopedia:

Levy - Previously known as Files, Levies are made up of the cannon fodder of the Covenant, low-rank Grunt soldiers. In battle, vast numbers of ill-trained levies were used for front-line combat as well as various menial roles.

It's noted that they're made up of only 3 Grunts, but I wonder if that's merely to coincide with the convenience for the Table Top models as we have seen grunts in-game in groups of 4 without a Major leading them.

Lance - A grouping of low-ranking or low-caste warriors, led by an officer. These could be comparable to UNSC Fireteams even though some older material compares them to Squads.

In composition, they can be made up of presumably Elite Minors under a Major/Officer. Perhaps around 3-4 as we saw in Halo 3 & Reach? A lance could also be made up of several Grunt Levies, though the exact number isn't stated.
I remember in older material it said there'd be 3 files now known as Levies, with maybe 1 or 2 Elite Minors supporting the Major. However, I doubt that's the case given the next formation.

File - What used to be the smallest formation is now the largest, a File is described as an administrative grouping of low-tier warriors under the command of an officer.

Now this one is a bit more confusing as, though it's described as being closer to the size of a UNSC squad which is roughly 8-13 marines. The examples for a File given don't seem to be that much bigger than a Lance or a Levy.
Even though they're composition is described as being quite diverse, the only numbers we're given are 5 Grunts led by a Grunt Major or 5 Spec-ops Elites led by an Officer (So this'd include some specialist soldiers as well). Again, I have to wonder if this was merely for the sake of the Table Top. If so, I hoped we could've gotten more distinction between a Lance & a File.

Other than that, we have Warhosts that serve as some non-permanent combined-arms force, and a Legion that is more permanent and we have no real numbers on either of them.

All in all, I do like what we'd gotten so far. With a bit of fine tuning and additions, I think there could be a lot more really cool army formations could be made for both the table top & in the larger lore as a whole.

Well of course. I need to be accurate with my information. 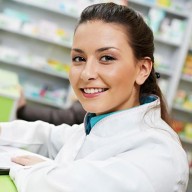 Assignment Writing Service preparation and submitting assignments and essays before the deadline is a tough nut to crack. It takes extreme dedication. What if, you do not have this much availability? What if, you have planned things that are clashing with your courses? What if, you are regularly getting less grades your courses? If this sounds you fit, then you should probably take programming help Online from GOTOASSIGNMENTHELP service provider.