agig is here
This topic has been deleted. Only users with topic management privileges can see it.

Hello, all. I'm agigabyte (or agig, Giga, Gig, Gigs, etc.) and have been a member of the old forums since early 2013, around a month after they were made. I became a Playtester in late 2015, and have remained one since.

I have been a fan of Halo since just under a decade ago, when I was five and "played" (really just spun in circles and jumped around in) Halo 2. Halo 2 remains my favorite in the series, while Halo CE is my least favorite.

Other things I like include (but are not limited to) Mass Effect, Star Wars, Star Trek, Stargate, Battlestar Galactica, RWBY, Red vs Blue, any books in the Cosmere, a universe written by Brandon Sanderson, and countless other literature. 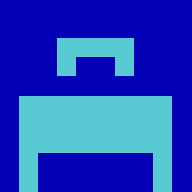 @agigabyte Hi agig, I am ameg or Insaene. Welcome to our forum.