Suggestions: give ship, no more explorer, covenants look
This topic has been deleted. Only users with topic management privileges can see it.

I everyone! I'm not quite familiar with SoaSE modding, so I don't know if the changes I propose are applyable. There is some improvements I mean for the gameplay and the roleplay:

GIVE SHIP:
As it's possible in any fleet, to use a ship from an other fleet (even the UNSC can use a covenant ship), it is possible for a faction to give or to exchange ships with an other faction.
I think it would be possible to add a low level research in diplomacy research tree, to unlock the capability of any ship to be moved into an allie fleet.
An other idea: the given ships would rebel themselves against our allie if thisone betray us.
Also maybe it would be possible to give ships only for a moment, and the ship come back in our fleet after a fixed time.

NO MORE EXPLORER:
The covenants attacked the Earth only one time, and didn't know at the time, it was the center of the Humanity. The UNSC always took care to avoid all its ships to slip space jump to the Earth during covenant attacks. But it's not possible in SoTP because of the unvincible exploration shuttles, then I think the exploration shuttle (or at least their invincible capability) should be removed.
It would make it possible to discover unknown worlds (like shield worlds and rings) late in the game too. That should be very role play !

I noticed recently that for me, all your covenants ships were missing just one thing to be perfect: the good speculars. Existing ships in SoTP has a white, low shininess specular, whereas in Halo they has blue or red (copper like in reallity) high shininess specular.

The give ship ability would break the balance quite a bit, both UNSC and Covenant ships working in unison and combining the Alpha Damage and numerical advantage with Covenant DPS and Durability would be pretty much unstoppable.

While I dont like the first and third point, I wouldnt mind the seecond point. Perhaps make invisibility a research tech? Its just a bit annoying to have a thousand Covenant scout ships all over my empire, yet when the Prowlers go anywhere they get curbstomped. For lore reasons I suppose I can understand, but still...

@Delernil
I think scouts are destroyed by ennemies when their antimatter tanks are depleted, then their capability "cloak" - that make them invisible - stops.
Without cloak, both covenant and USNC forces wouldn't be able to attack systematically at the hotspots of their ennemy empire, like Earth, Sanghelios, or whatever.

@TheJudge
Yes that the combination of covenants abilities and human abilities that enable the UNSC to fight back the prophets, and the flood.
Else "give ship" could be limited to covies with covies and to human with human.
In all cases, that ofter what miss me when I play with real humans. When map and fleets become too huge to be managed by one.

On point one, I'm 99% sure that Hardcoding.jpeg has struck again, and positive that it would take a massive amount of rebalancing.

On point two, I'm 99% sure that it would break the AI, and positive it would require serious rebalancing

I don't care much on the third point, but maybe that's because I misunderstand your suggestion.

Give Ship and Covenant Look cannot be done due to hardcoding. No More Explorer would absolutely break scouting and thus is not happening. 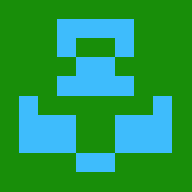 last edited by
give1
explorer1
specular1
give ship1
role play1