Please understand that I do not want shields on UNSC forces either. Rather an ability that grants shields for a short period of time.
I understand why shields would be a hot topic, and after hearing about the previous controversy surrounding the shields topic I can understand the curtness of your reply. Please let me explain further because I believe an answer to both options are available.

There are many styles to play in order to win, with capital ship on capital ship being only one way. One way that the UNSC will lose. If you look at all the play styles, Aggressor, Fortifier, Research, Econ, and even Live player styles like Fighter Spam or Quick Colonization, one fact remains. The UNSC will lose.
If right now you disagree consider this. If a full stack UNSC enters a system with full Cov defenses, what is the first move? Unless you can take down the beacon before reinforcements arrive you have both defenses and offenses to destroy. That is Possible, until the Cov full stack arrives. Then your fleet is gone. They launch torpedos which are just as strong (near as makes no difference) to the MAC. Simple example but concise and true nonetheless. Any play style that the UNSC can use the Cov can use as well with the added benefit of permanent shields. Therein lies the balancing issue.

So by now you are thinking that this guy doesn't have a clue, or maybe that you are tired of hearing about shields. This I understand and like I said above previous controversy can predisposition anyone from hearing a good idea, especially if that idea has been changed implemented and changed back. That is why a ability for capital ships is a good compromise.
Those who would rather upgrade Nukes and offensive capabilities still can, while those looking for more ship defense can complete the high tier research to equip said ability. All Cov ships have permanent shield, while only UNSC capital ships would, at late game, have the ability to pop shields for a short time. As its an ability the computer would trigger 9/10 times It would be triggered too soon or too late, meaning it wouldn't be totally reliable on a tactics standpoint, and all UNSC frigates would still be shieldless. This would still require intensive management to work correctly.

I honestly believe these editions would both silence the majority of the haters, balance the playing field, and still allow for the UNSC to be the underdog that we all know and love.
Either way I will still love and play the Mod as it is fun and enjoyable.
All that I ask is that you think on the points I have made.

Shields on UNSC vessels, ability based or not, are absolutely not happening, period, no discussion. Covenant defenses,, and specifically the patrol station, can very much be dealt with by the UNSC through a number of methods, from un-counterable cloaked Saharas, to Artemis classes doing a shoot and scoot, to "sacrificial lamb" fleets to absorb the brunt of a Patrol Station fleet or even kill the station beforehand, to other methods players have developed over time. Further, the UNSC has a number of play styles that the Covenant cannot replicate or pull off as effectively, such as any style that uses attrition warfare, any style that makes use of irregular warfare/sabotage (Sahara), and defensive/turtling combat (SMAC network/Anchor is superior to Patrol Station/CDA).

The claim that plasma torpedoes are "just as strong (near as makes no difference) to the MAC" does in fact give some credence to this statement, as this absolutely false when comparing UNSC and Covenant ships of equivalent cost and role. A great example of this is the SDV versus the Halberd. The SDV does 625 damage per shot while the Halberd does 1800 damage per shot, with their respective primary weapons. In other words, the UNSC has extremely high alpha damage, which allows them to wipe out large chunks of an enemy fleet before they can bring their firepower to bare, or important in the case of the Covenant, kill ships before they have a chance to make use of passive health regeneration (ex. shield restoration). Further, unlike the Covenant whose ships all have variable cooldowns, the UNSC MACs, on all ships save the Infinity, all have a cooldown of 60 or 70 seconds, allowing for coordination between volleys.

I would highly recommend looking into all of the tools at the UNSC's disposal as it seems evident that they are not all being used to their full potential which is leading to the thought that the UNSC is underpowered, when that could not be any further from the truth. 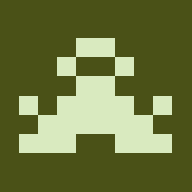