Defenses Buff
This topic has been deleted. Only users with topic management privileges can see it. 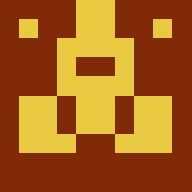 Hello, first post here and firstly let me say how impressed I am with this mod, I'm a huge fan of Sins and have sank so many hours (probably months) into the game and certain mods and this is up there alongside my favorite mod Star Trek Armada 3.

Now I have only played a little bit of this mod, mainly as the Covenant but one issue I have at the moment is defenses. A small fleet of around 15 CCS Battle Cruisers totally owned my fully upgraded starbase as did a fairly decent sized UNSC fleet (though they actually suffered heavy losses) The Covenant ships just obliterated the station is seconds without a single loss.
I feel as though putting any resources into defenses is pretty pointless seeing how easily they are overcome, in the original Sins starbases are a formidable defense capable of holding a planet from a sizable force allowing you to better allocate your fleets or at least hold the enemy back for a time to allow your fleet to enter the fray.

It also seemed that the starbases suddenly popped despite having at least 30% HP remaining, in the battle against the UNSC it withstood a decent pounding before suddenly popping.

Anyway I was wondering if these defenses will be getting buffed at all, as it stands they are kinda useless, especially against even small covenant fleets.

Awesome mod so far guys, keep up the excellent work :)

Covenant is more offense-based if I recall correctly so their defenses are relatively inferior to SMACs and other UNSC defenses.