Suggestions for the Campaign and more
This topic has been deleted. Only users with topic management privileges can see it. 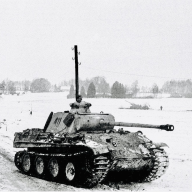 The campaign right now is just a map more than a game mode
I would like to see a campaign where i am told to go and do something otherwise there will be a loss or will majorly change the battle WITH SET AMOUNT OF ENEMIES AND PLANETS, not RNG randomness.

A example of how said mission would go;
defend harvest (Or any other lore Planet) from incoming covenant fleet and you have say 5 minutes to get your already pre-mission set amounted ships under your command (meaning you dont build them you are just handed a few ships to command for the mission)

Obviously after you win the plot would thicken for example after defending harvest you are tasked with taking on a quadrant of planets in covenant control, one of which is a shield world. while taking over a enemy planet you find info that a prophet is heading to a halo installation to capture a Special Dreadnought class Forerunner ship for example.

You get the Picture, later in the campaign I would imagine you have more control to build ships and maybe have free roam of a select few planets to conquer.

I would like it as the game right now seems to repetitive, and I would like more purpose and direction to get really involved in such. Would also like to see voice acting done for missions as I know the availability for great voice acting is already in the mod, Plus cutscenes would be great, i know that would be the furthest push with effects and animation, but even in game cutscenes will give the game a polished flare for the campaign.