Hi there everyone,my name is Tim, also known as MrTimm on some Halo community and gaming website's. I'm the lead developer of a Halo RTS mod known as Evolutions: Real Time Strategy Evolved.

As I'm getting close to release the first Alpha build of the mod I'm still missing voice actors for the units the mod would contain.For the people that dont know what Evolutions is here is brief history.

The goal of this mod is to bring Halo RTS to the pc before Halo Wars 2 was a thing and Halo Wars DE, the mod started its development in 2009 original by SgtForge then at 04/05/2011 I took over the development of the mod, now most of the art is done expect for a couple art assets then you can see on our Trello page

I believe a mod isnt a real mod if most or even all of the original game content is removed or replaced including audio. Our soundtrack designer made a great soundtrack and upload it to his Soundcloud account, if you want to take a listen to it here is the link. 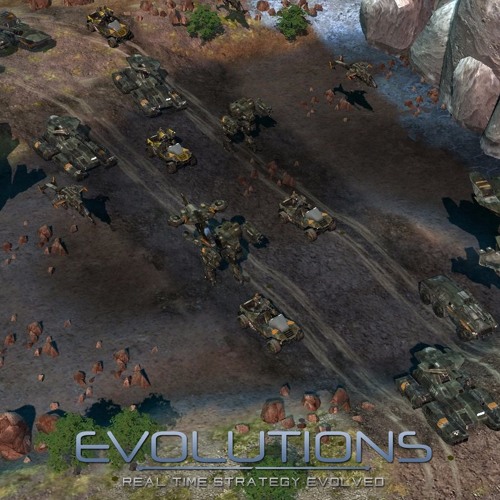 34 years of war, billions of soldiers and civilians are now dead. Our earth and colonies alike are still under attack. In this chaos, a Frigate Class ship named "Wings of an Angel" is finally sighted.

Now while i'm working on the mod to get the first release out, I'm searching for people that are willing to do some voice acting for the unit's that this mod is going to contain and that's going to be allot.

If you think you got the voice to be for example a ODST or a spartan, or just a mad man driving the scorpion tank feel free to give it a try, if I think two or even three of you guys got the perfect voice for lets say a Marine I'll contain all three of the voices in the mod since marine's would be working in squads instead of a single unit.

If you want to do more then one unit then feel free to voice the others as-well.

However I have a small request which is that if you are doing for example the UNSC line's you make a folder structure as followed.

and have the file name's be as followed and in the corresponding folder.

If you have done all of that you can send them over to me in a Private message, or send them over to the Gmail that is specially made for this Official363productions@gmail.com Some of the line's are marked in red which means they are already done, but don't let that stop you if you want to fulling the line's I'm searching for some good quality
audio and voice records for this mod.If I got your attention and you are now jumping in your chair to record some line's here is the link to the google spreadsheet I made. 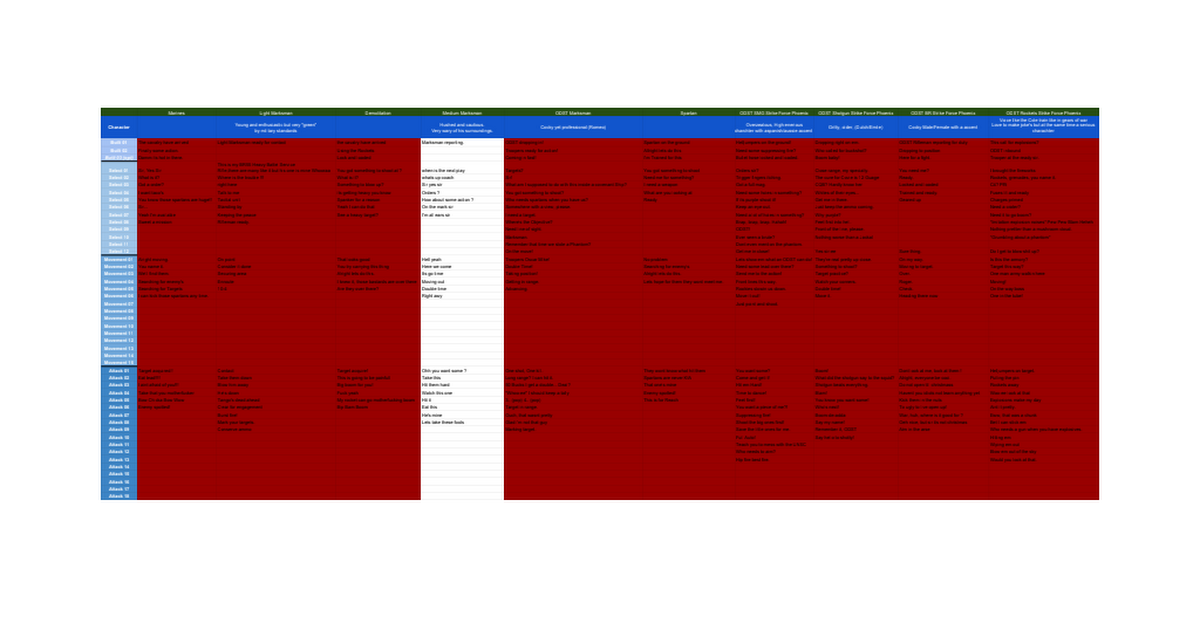 and if you come up with some extra's that are not listed for one of the action's or extra one's for lets say Movement just record as I feel there could be improvement on the current spreadsheet.Thanks for reading and I hope you guys would like to contribute to this project.

PS if you would like to see what I have done so far please follow this link to the moddb page: 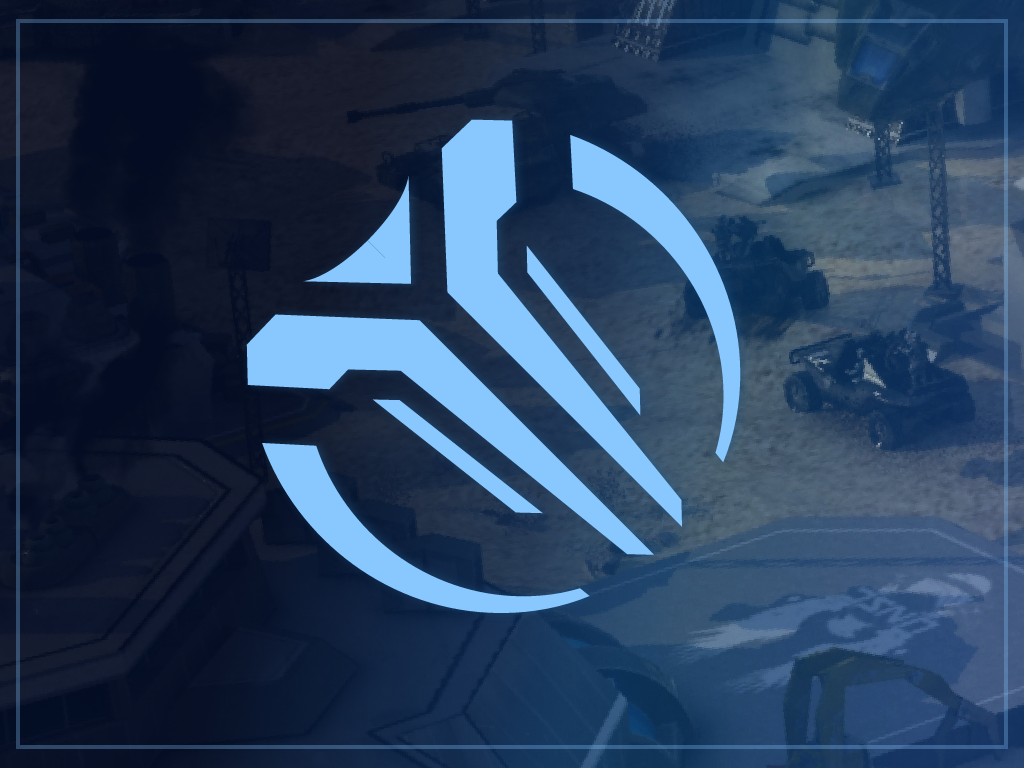 Evolutions is a "Halo Wars" style mod for Command and Conquer 3: Tiberium Wars that features epic ground and air warfare on a massive scale. Evolutions brings many instruments of war from the Halo universe to life, allowing the player to fight as the... 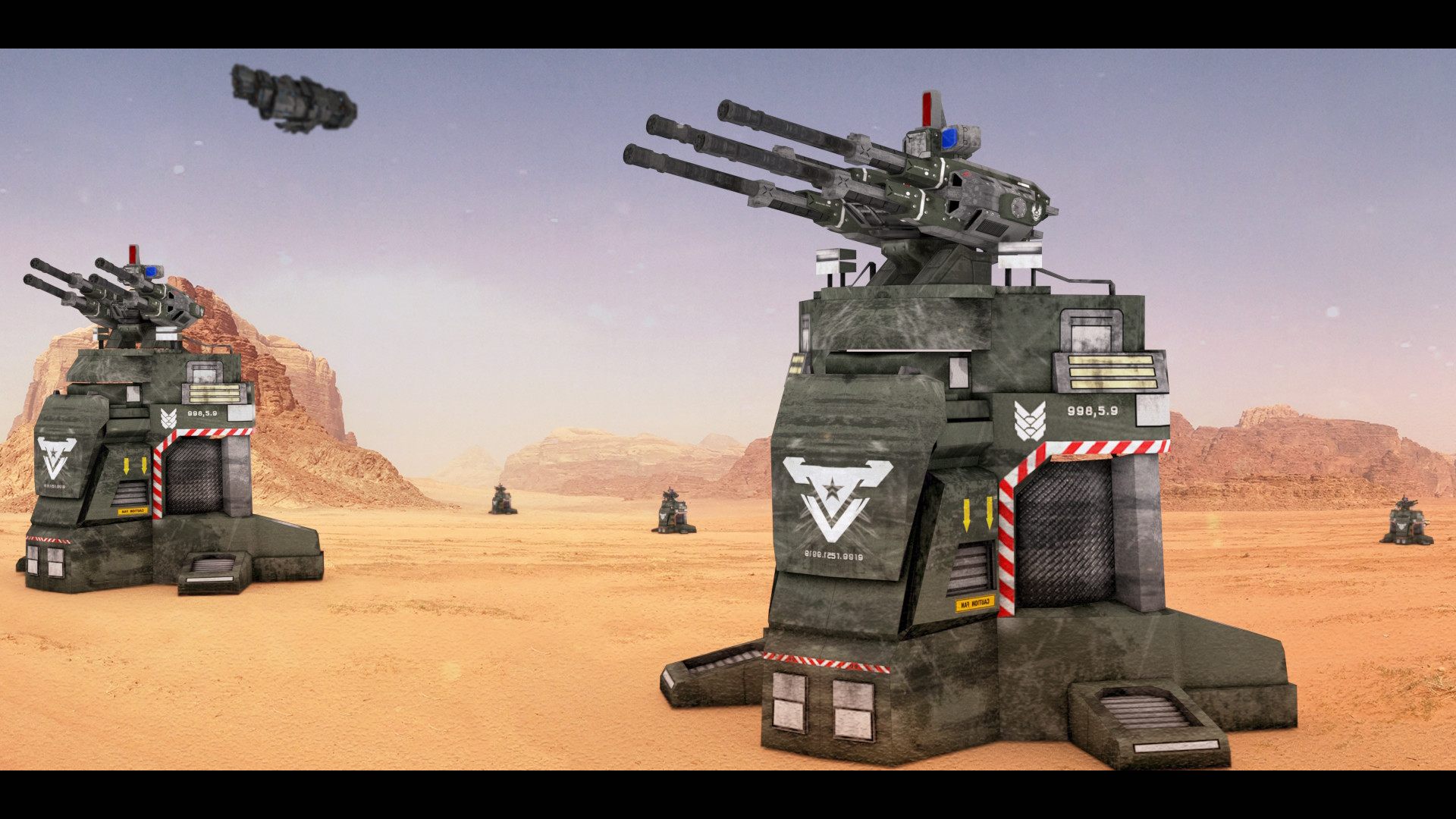 The gun design is based on the early M71 AA Gun from Reach which is modeled by Jamie Marriott. The tower design is modeled by me together with the texture for it. https://www.artstation.com/artist/sookendestroy

something I did for Evolutions 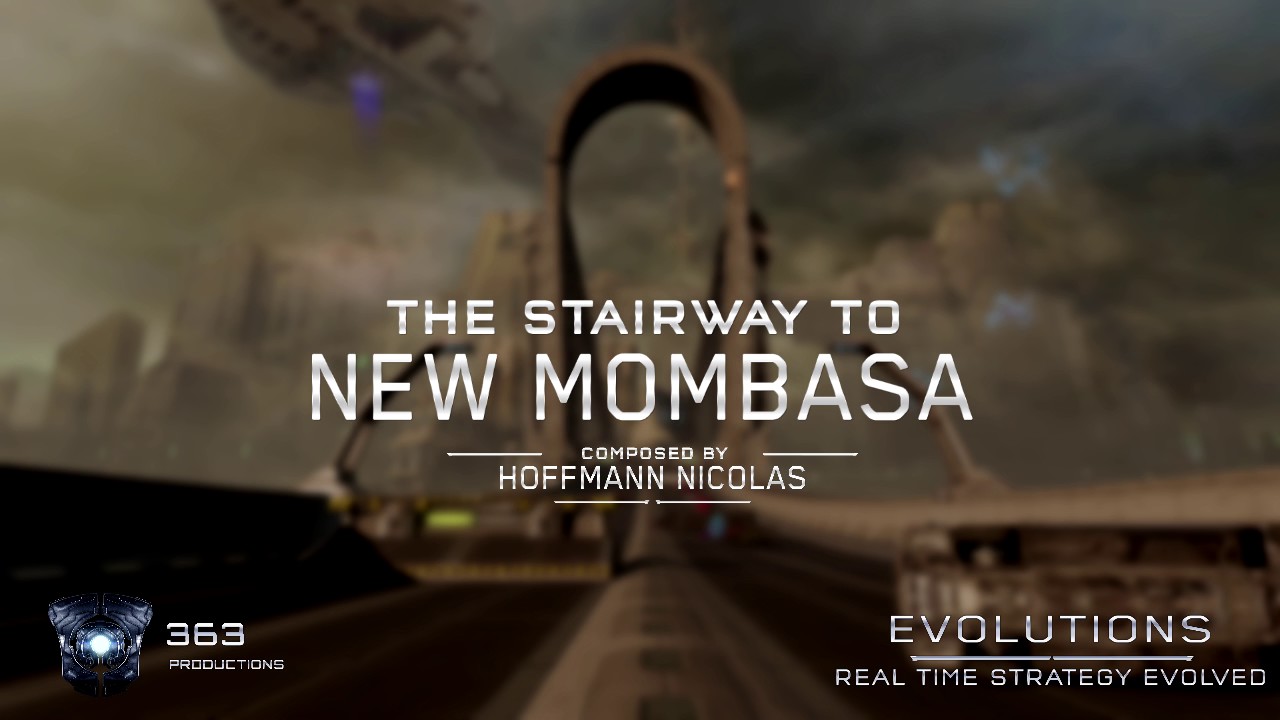 One of the original tracks for the mod Evolutions: Real Time Strategy Evolved. Composed by Nicolas Hoffmann. The Stairway To New Mombasa

Evolutions: OST - A March To Glory 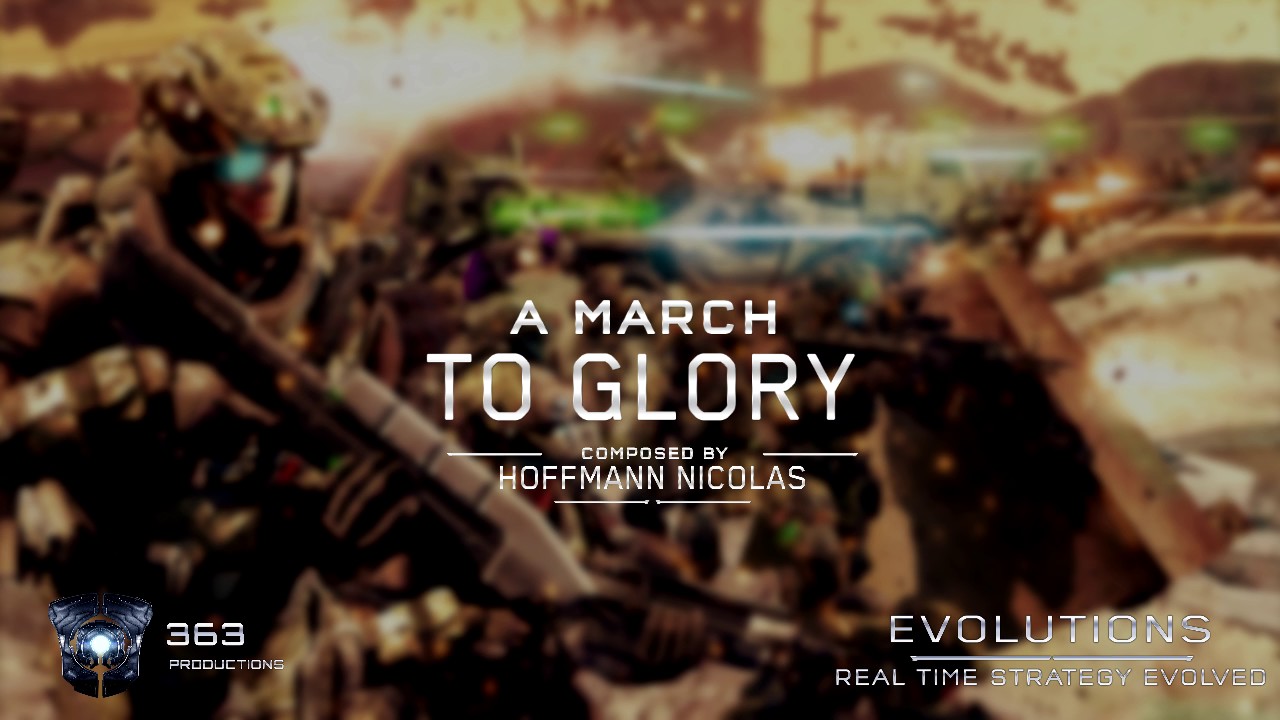 One of the original tracks for the mod Evolutions: Real Time Strategy Evolved. Composed by Nicolas Hoffmann. A March To Glory

Finally its time to release our first ingame trailer. Take a look here and just like with Sins of the Prophets we hope you'll vote for us for Mod of the Year 2016 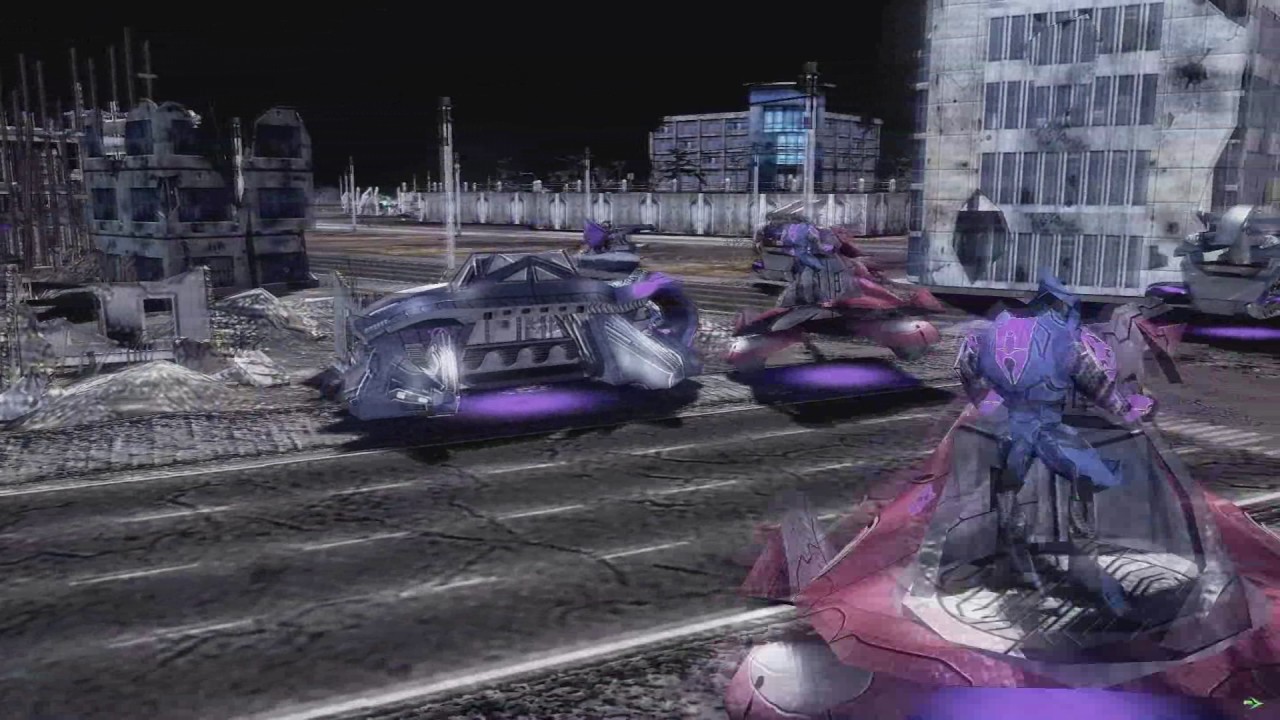 After years of development we finally got our first ingame trailer done. Remember everything is still a work in process and some art related things can change during development. While you at it please help us for our mod over at moddb...

Evolutions is a "Halo Wars" style mod for Command and Conquer 3: Tiberium Wars that features epic ground and air warfare on a massive scale. Evolutions brings many instruments of war from the Halo universe to life, allowing the player to fight as the...

Sins of the Prophets mod

A Halo mod for the critically acclaimed Sins of a Solar Empire, that aims to capture the fast paced intensity of the Halo series.

Heretic Jackal concept I did some weeks ago.