An update to my post: After about 10-15 mins a new, working Infinity class ship appeared in another system. The ghost is gone.

Hello, I've discovered a bug with my Infinity class titan. After it's creation, it never appeared. After some digging around I found what appeared to be it's ghost sitting outside my titan foundry. Here's an image of what I mean. It was quite unfortunate after spending all my resources to built it, as well as taking up my fleet supply. 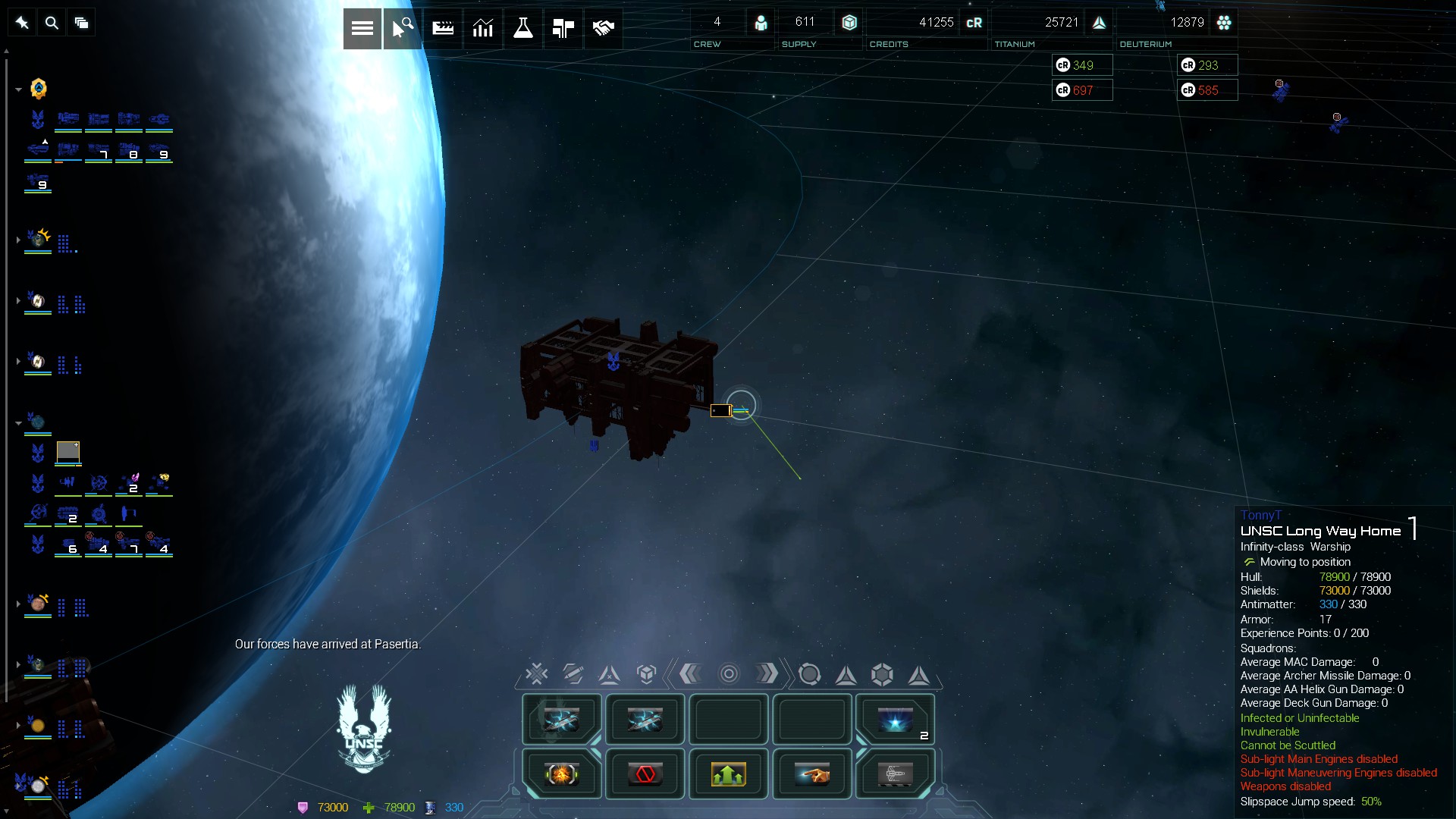