Halo: Fleet Battles
This topic has been deleted. Only users with topic management privileges can see it.

@The-Judge Yeah, that really is the worst part. Only made worse by the fact Spartan Games isn't popular in the US :(

@Diezel23 Aww, that sucks. If we can ever find a way to set one up online, that'd be cool with me.

@The-Judge Yeah, that really is the worst part. Only made worse by the fact Spartan Games isn't popular in the US :(

@Diezel23 Aww, that sucks. If we can ever find a way to set one up online, that'd be cool with me.

Technically there is one if you bought it and have a rulebook: http://steamcommunity.com/sharedfiles/filedetails/?id=752035611&searchtext=fleet

Shout out to Kurt, one of our testers for working on that.

@Sookendestroy1 Holy crap, thanks! Now I can rope my steam friends into playing Fleet Battles! Perhaps we should set up a game with members of the forums.

That would be awesome, just remember it is recommended that you purchase HFB in some regards, that's the whole reason the rule book is not included in that mod.

As purchasing from SG not only supports them but also 343 and all the people who work so hard there to bring us those fleet sets/games. Also shows people are interested in the space side of Halo.

I'd buy one of the ships individually, but not very keen on getting something that is >$100 and will just sit on my shelf.

@The-Judge
Thats fair enough. The models themselves are really detailed, even the tiny frigates. Again, I really just wish it was more popular, argh!

If only there were people in the Philadelphia area that played it as actively as Warhammer groups play 40k. I've played it once, at a walk in match inside a nearby comic shop. No joke. A friend hit me up, and told me to come down to play Fleet Battles, since a guy brought in a huge set of ships, so that people could play. This was right after it launched, so there wasn't too much going on; but boy was it fun. Nothing like it has happened since, at least that I've known of, but I'm not a huge tabletop guy, so I'm really not in the know when it comes to any events in the area - plus, I don't seek it out actively enough to spot it anyway.

I will say, more and more people are hearing of HFB, and more groups are talking about it, and from what I've heard it's selling at a steady good pace, so I expect to see it more often in a year or two after some bigger expansions come out.

Also, @The-Judge, all table top games are prohibitively expensive. They're selling for fairly niche communities, and HFB is selling for an even more niche community - fans of Halo, that enjoy space combat, and are tabletop fans. Thankfully, there's actually a lot of overlap in the Halo community to support it, and in the greater tabletop playerbase.

@Idio Its a shame there just isnt much HFB events going on. But hey, we have the internet! We really should just set up non-SoTP game nights! OPTRE, CaW (though I dont think this is mp, is it?) and Tabletop Sim's HFB. If we dont have a steam group already, that is. 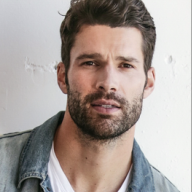 Hello there, I have just checked out this post and I'm very impressed to know all about this. However, I am looking for an academic writer or Assignment Help Australia services that can provide the best academic writing services at affordable prices.