suggestions for Sins of the Prophets
This topic has been deleted. Only users with topic management privileges can see it. 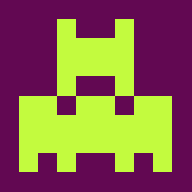 hi,
these are solely just Suggestions.
could you guys change the landing ships for both the Covenant and UNSC to pelicans and Phantom Dropships. that would really show it is a more fine tuned mod, instead of those box thingies from the original game.
thanks, once again these are only suggestions, not demands

I'm pretty sure it already is changed to the corresponding dropships.

Pretty sure we already have spirits/Phantoms for the Covenant and Pelicans for the UNSC.

I think he means the Colonizing Models, instead of the boxy Vanilla ones.

I believe that was the general idea to do; I've wondered for some time what we were using for the actual colonize ability, and didn't realize it was vanilla until recently. We have, I believe, a separate model for the D20 Heron, those big dropships from the Spirit of Fire, we could definitely use them for the particle, though as a model it may put unnecessary stress on the game. That said, I think colonizing happens rare enough where it wouldn't pose a optimization issue, I mean we already use the phantoms, spirits, seraphs, pelicans, longswords, etc, for planetary invasion particles... So why not use the D20 Heron for colonization, make something for the Covenant, and implement?

Or, rather than the D20 Heron, as it's only known to be used by the Phoenix-class support vessels, use the D96-TCE Albatross - though, that would require a new asset be made.